Choosing The Best French River Cruise For You

La vie est belle — life is beautiful on our best river cruises through France. Dine in enchanting châteaux, visit sun-drenched vineyards, stroll through timeless medieval villages and view painterly landscapes as you follow the Seine to Normandy or the Rhône through the South of France.

Best For First Timers - Impressions From the Seine: Paris to Normandy

Explore the storied Seine River from Paris to Normandy. This French river cruise-only adventure is the choice par excellence for anyone who wants to sample the Seine's premier sights. You'll see the best of Paris, including the Eiffel Tower, Champs-Élysées and Palais Garnier opera house, as well as enjoy a private after-hours tour of Musée du Louvre.

As you journey through the northern French countryside, you'll stop at the picturesque setting that inspired a master at Monet's Garden in Giverny. Exclusive, early opening access makes this visit to Monet's home and gardens a pleasure. Your river cruise continues to Normandy, where you'll join an expert local guide to visit D-Day beaches and pay tribute to fallen heroes at the American Cemetery. And you'll dine royally at a Tauck Exclusive dinner at Château du Taillis in Duclair. Complete your Paris round-trip with a visit to Château de Versailles and a peek at its dazzling Hall of Mirrors. 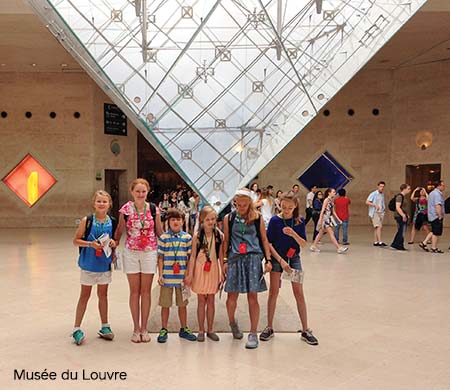 Best For Families - Family Fun Along the Seine: Paris to Normandy

Explore the heart of France on our best French river cruise for families. This unforgettable journey along the Seine begins in Paris, where you can sightsee by foot or bicycle, climb the Eiffel Tower and search for clues on an art-inspired scavenger hunt inside Musée du Louvre.

As you wind through France's scenic landscape, you'll step into Impressionistic masterpieces on an early-access visit to Monet's Gardens at Giverny. You'll tour the D-Day beaches of Normandy to pay tribute to fallen heroes at Omaha Beach and the American Cemetery. Touching WWII artifacts at the unique D-Day Academy helps put the Allied invasion into context. On your return to Paris, travel back to medieval times in Rouen before the grand finale—a visit to the Château de Versailles. Choices here include a tour of the magical palace and gardens or a guided bike ride that also stops at Marie Antoinette's farm.

All aboard for hands-on fun. View details for Tauck' France Family Vacation on a riverboat.

Best For Experienced Travelers - French Escapade: Paris to the Riviera

Travel in style on the most sophisticated of French river cruises, bookended by 2-night stays in the glamorous cities of Paris and Cannes. This French escapade takes you to cosmopolitan destinations along the Rhône and Saône Rivers and includes a tour of the breathtaking Burgundy wine-growing region.

As an experienced globetrotter, you'll appreciate this itinerary's unique excursions. Soak up river scenery on a guided biking tour along the ViaRhôna cycling path system. Explore the 17th-century Château de Cormatin and its beautiful "pleasure gardens." And during your stay at the iconic and luxurious Hotel Martinez in Cannes, you can opt to further explore the celebrity haunts of Nice, Monaco and Monte-Carlo or breathe in the charm of perfume capital Grasse and St. Paul de Vence, one of the oldest towns on the French Riviera.

Escape to the world's most chic destinations on our 14-day River Cruise in France. 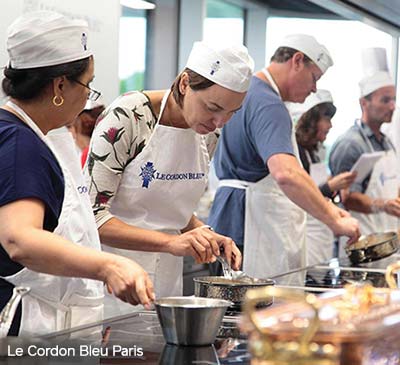 Sample everything the fertile Rhône Valley has to offer on this taste-making and best-rated French river cruise, named the 2018 Winner for Best Culinary Adventure from AFAR Travelers' Choice Awards. Your aperitif is a 2-night stay in Paris at the InterContinental Le Grand, where you'll take a Le Cordon Bleu pastry class before hopping a train to Lyon, considered the "culinary capital of France."

As you travel along the Rhône to Provence, you'll partake in epicurean experiences that range from tasting earthy treasures at a truffle farm to sipping Beaujolais in the actual Beaujolais wine region. Other highlights for food and wine lovers are a wine tasting in Châteaneuf-du-Pape and a private culinary lesson at Scook, Anne-Sophie Pic's cooking school in Valence. And at a Tauck Exclusive gala evening, you'll be a dinner guest of the Duke of Uzès at his 12th-century family castle in Avignon.